My uncle recently gave us some deer meat and we have been contemplating what the heck we should cook with it. I had the idea to make jalapeño poppers with it, and OH MY GOLLY that was the right idea! These venison backstrap jalapeño poppers are sure to leave your mouth watering and everyone begging for more! This is a simple and easy recipe that you can whip up pretty quickly and I promise you it will be a crowd favorite!

These jalapeño poppers are stuffed with cream cheese, backstrap and then wrapped in bacon. The perfect appetizer or great for a meal as well! 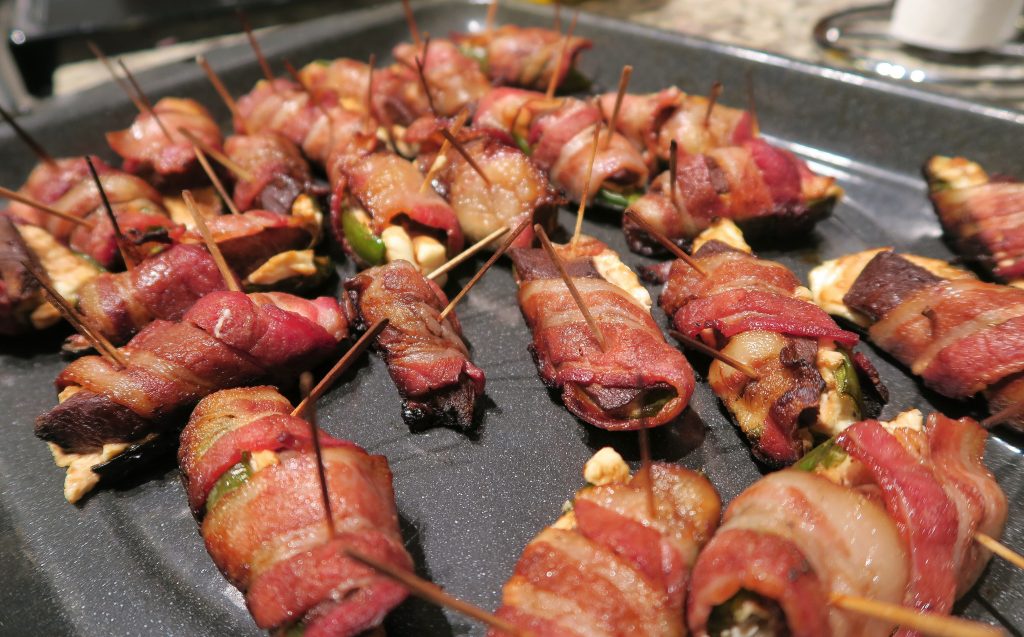 Before we get to work cooking the poppers, we like to marinate the meat for a bit to absorb some flavor. We used this marinade from a local smokehouse and it was AMAZING! Cody sliced up the backstrap into thin strips and we let it soak for about two hours before cooking. 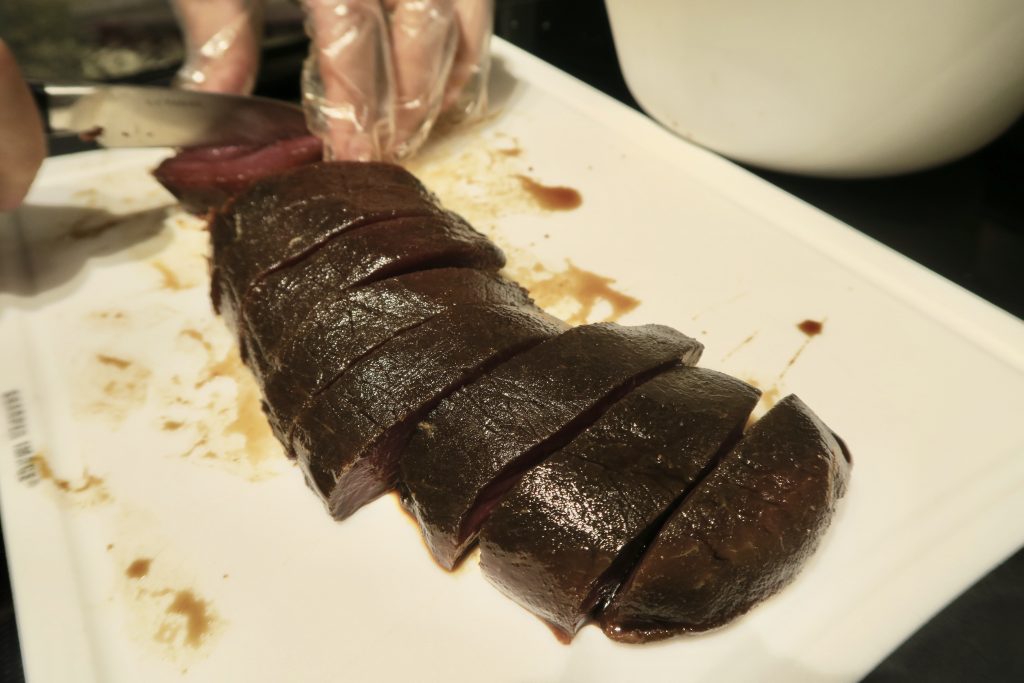 Slicing up the backstrap 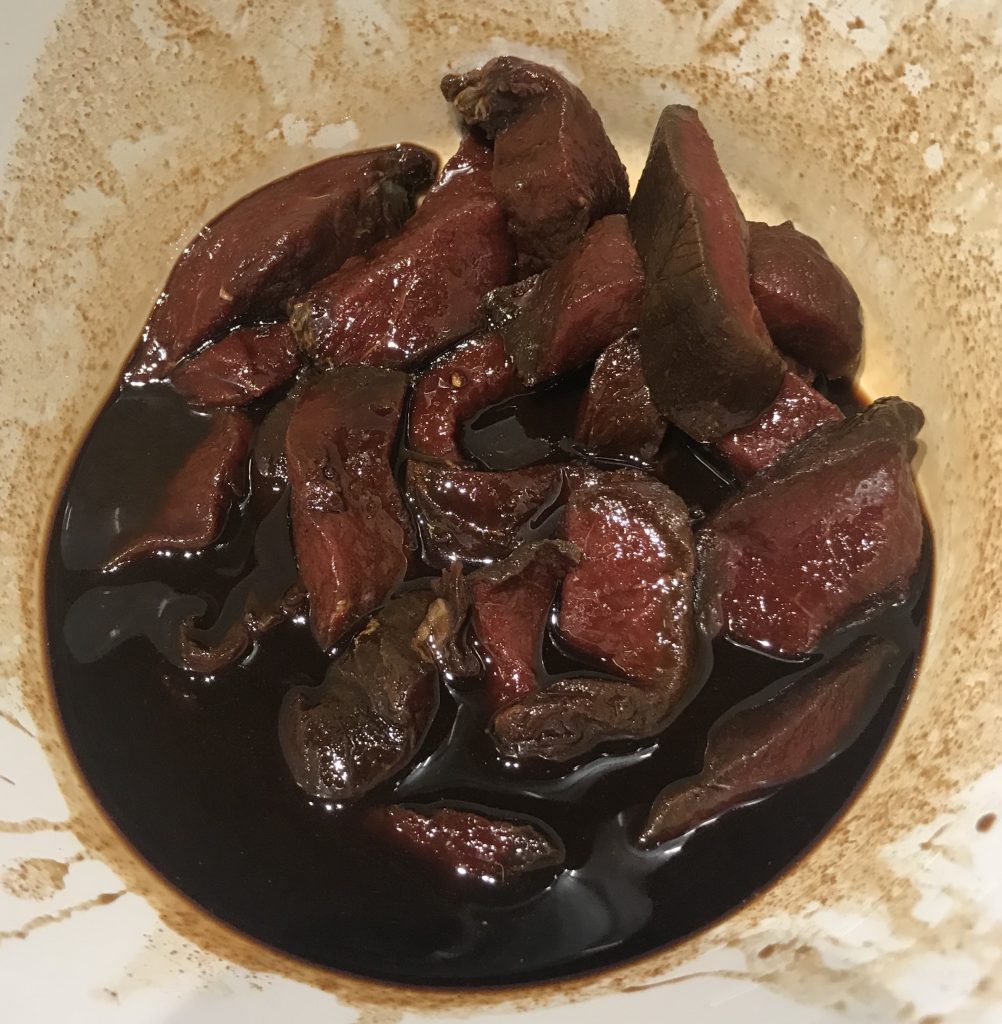 Once the meat has been marinated, you are ready to get started on the poppers!

How to Make Jalapeño Poppers

First things first, you need jalapeños. I don’t like my jalapeños to be too big or too small, about 3-4 inches long is the perfect size for poppers. Make sure to wear gloves when working with jalapeños to keep the heat of them off your skin. Slice the tops off the jalapeños, and we like to use this jalapeño corer to help remove the seeds and ribs inside and then slice in half. 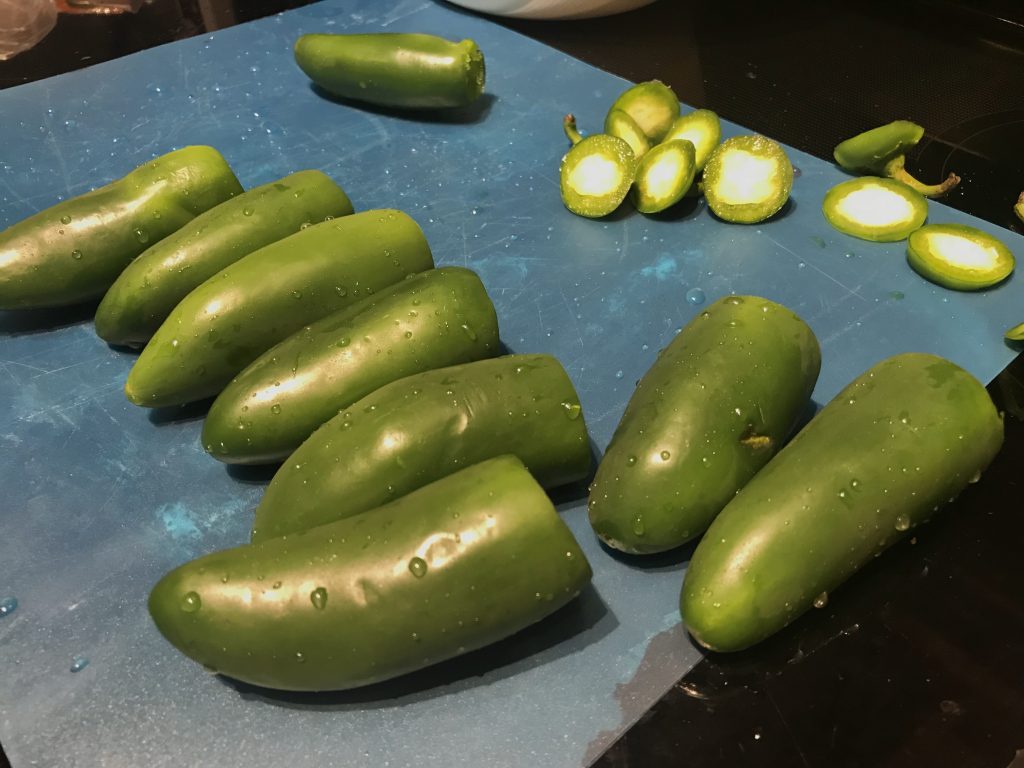 Once the jalapeños have been cleaned out and sliced in half, stuff the peppers with a slice of cream cheese and top it with a piece of the marinated backstrap. 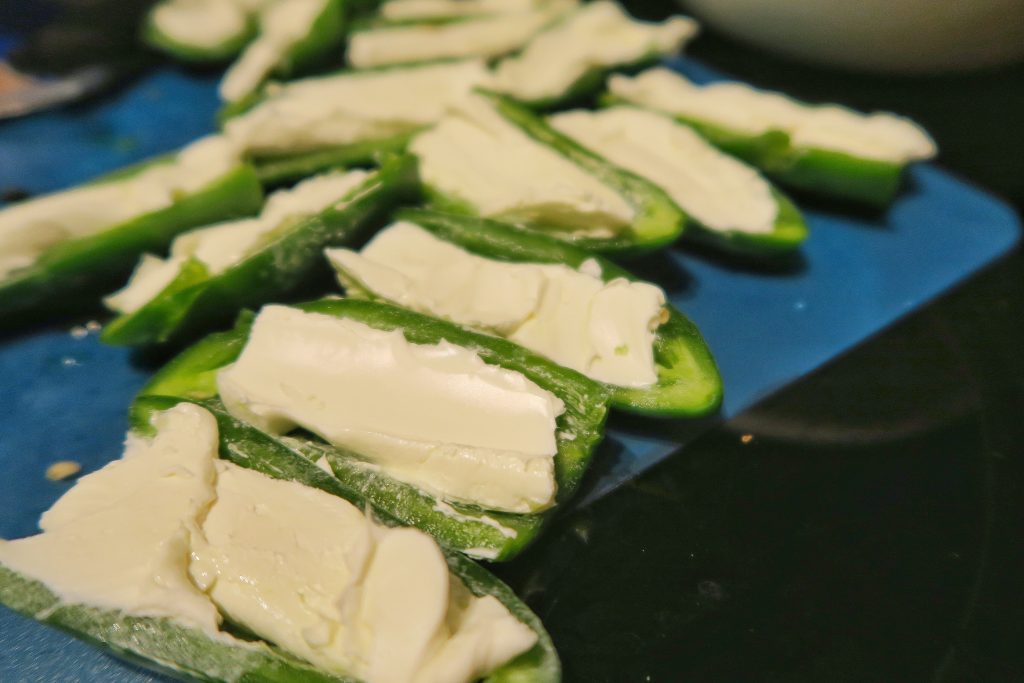 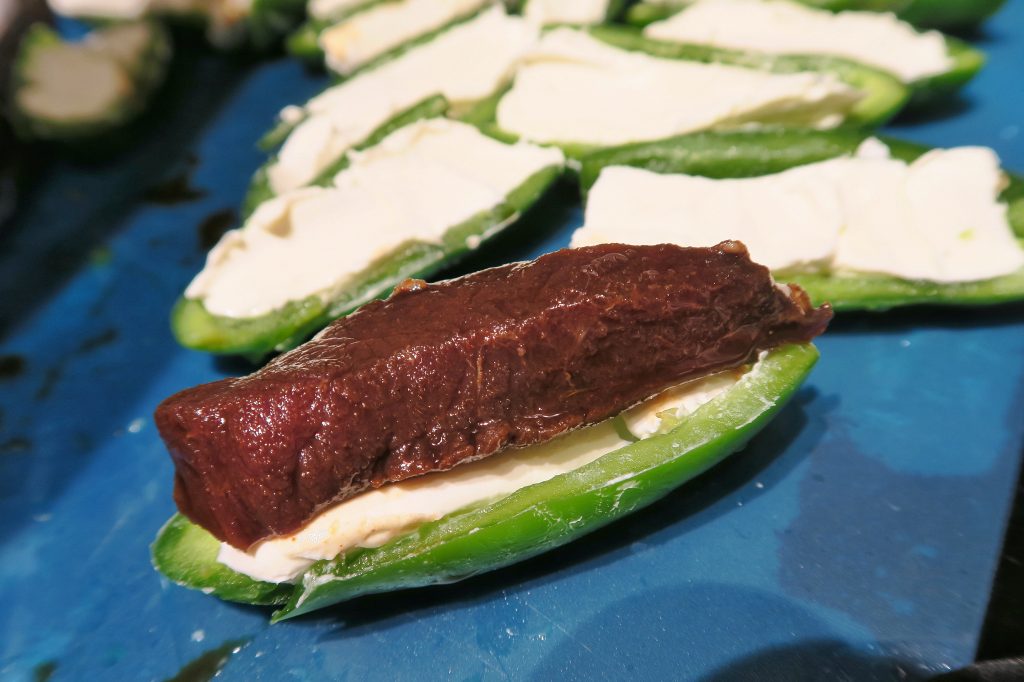 The final step to preparing the poppers is wrapping them in bacon because everything is better with bacon! We sliced a package of bacon in half and used half a strip of bacon per popper. If you like crispy bacon around your poppers, I suggest baking the bacon in a preheated 400 degree oven for about 10-15 minutes before wrapping the poppers. Grab a strip of bacon and tightly wrap the popper and secure with 1-2 toothpicks that have been soaked in water. 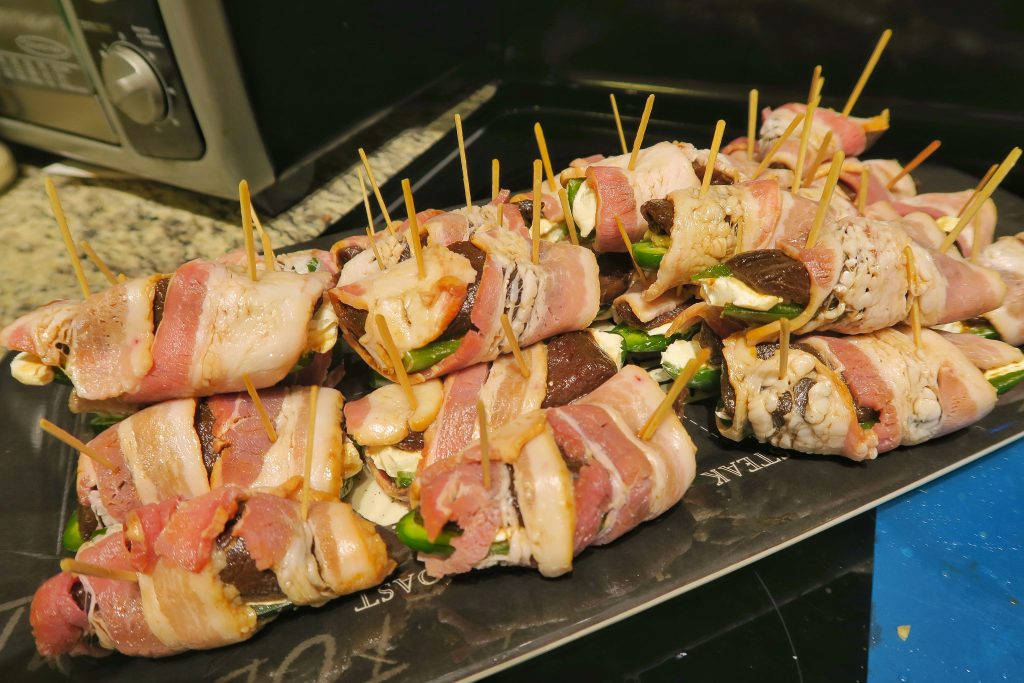 Once you have finished prepping your poppers, it’s time to fire up the grill! You want to grill these on medium heat to prevent them from burning, low and slow baby, and cook until the bacon is done.

Now that you have grilled up these poppers, it is time to dig in! SO good! I can promise you, these will disappear quickly! 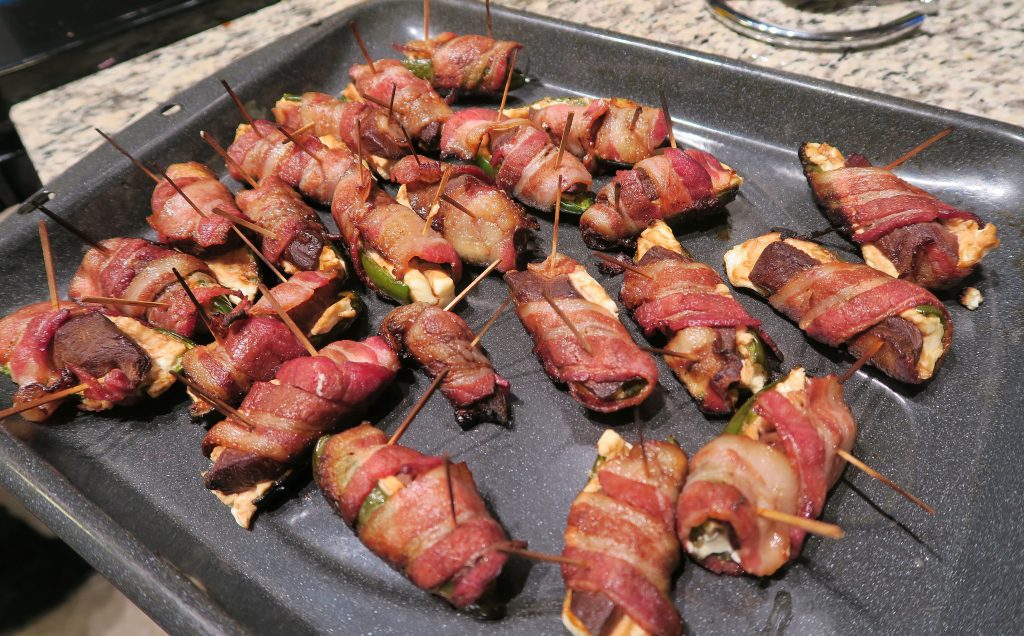 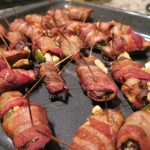 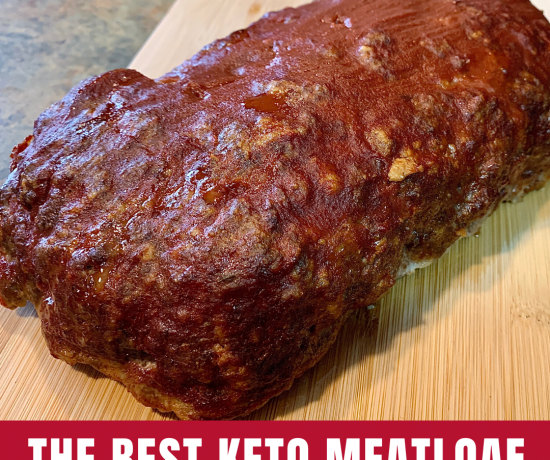 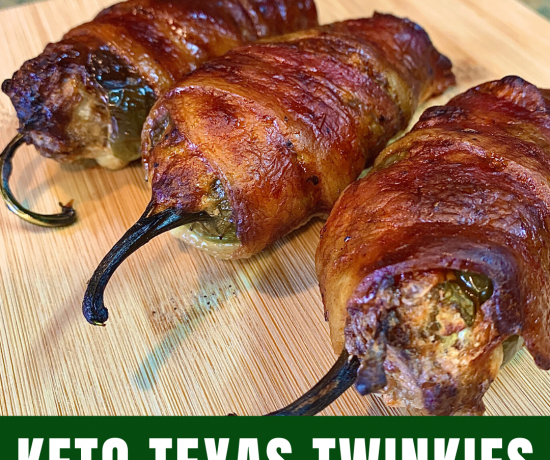 Texas Twinkies in the Oven 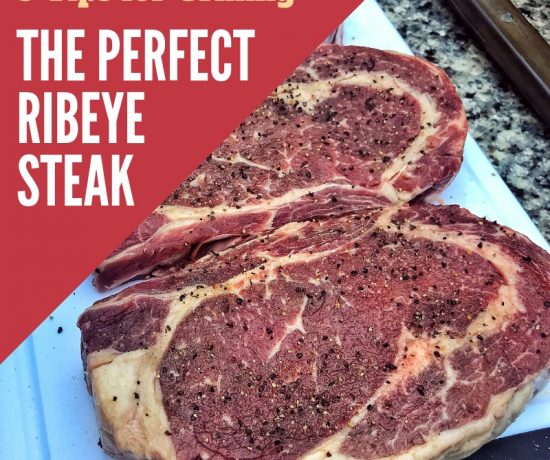